In The Jungle Book Project, an adaptation of the Walt Disney film, Bismuth attributes one of the 19 languages of the different versions of the film to each character, thus altering behaviours and attitudes commonly associated with a certain culture. In this way, he encourages us to reflect on the perception and understanding of languages. The story becomes a kind of anti-Babel parable in which the protagonists seem to understand each other, despite their use of different languages.

The story transcends reality. The jungle, a violent and hostile place, becomes a paradise, where everybody loves and understands each other. On the one hand this fairy tale is comparable to the utopian ideal presented in the famous novel Brave New World by Aldous Huxley. On the other hand the video encourages us to think about what separates us from any foreigner. The visitor is invited to sit down on the coloured cushions and is invited − as an individual − to make a choice. 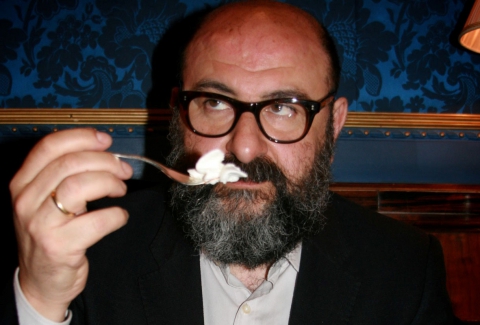 The Sleep of Reasons Produces Monsters