Priscilla Monge (°1968, San José, Costa Rica) is a conceptual artist and has set standards in the development of conceptualism throughout Central America. Her work began to be disseminated in the 1990s at fairs and biennials such as Valparaíso and Cuenca, until she made the leap to the Venice Biennial, São Paulo Biennial, Pontevedra Biennial, Havana Biennial, Liverpool Biennial and the EVA Biennial in Ireland. She has been included in curatorial milestones such as Versiones del Sur/Pervirtiendo el Minimalismo at the Museo Reina Sofia, The Real Royal Trip at MOMA PS1 and Global Feminism at the Brooklyn Museum. She is the second non-Mexican artist to have had a solo exhibition at the Museo Rufino Tamayo. Her work has been reviewed in several publications, including Fresh Cream, Políticas de la Diferencia, Image-Word and 100 Latin American Artists. Monge’s work can be found in numerous public collections including the Tate Gallery London, Museo Reina Sofia, Museum of Fine Art Taipei and Centro de Arte Contemporaneo de Sevilla. 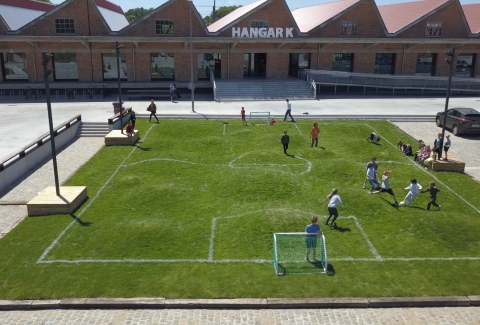