Pipilotti Rist (°1962, Rheintal, Switzerland) lives and works in Zürich. Her video installations combine elements of performance art, poetry, music and sculpture. They encompass the viewer in a total environment. Rist explores the ways in which the different aspects of video alter, transcend and displace our relationship to material reality.

According to Rist, “Art's task is to contribute to evolution, to encourage the mind, to guarantee a detached view of social changes, to conjure up positive energies, to create sensuousness, to reconcile reason and instinct, to research possibilities, and to destroy clichés and prejudices”.

Her aesthetics are inspired by television and advertising and capture our zeitgeist perfectly. She playfully addresses explosive themes like gender and self-determination. 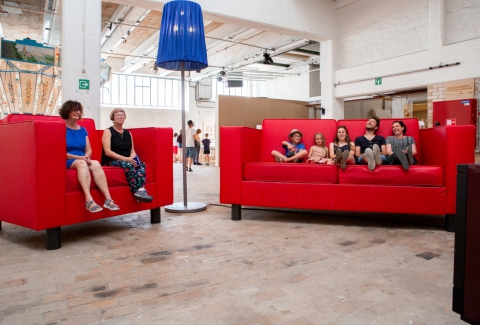