We might already be familiar with the work of Erwin Wurm (*1954 Bruck an der Mur, lives in Vienna and Limberg). We were confronted with it in magazines like Vogue, advertising by Hermès and a music video of The Red Hot Chili Peppers. For Wurm, the public space of mass media isn’t an unknown territory. The past decades he researched the meaning of sculpture in our postmodern society. In this extensive research he uses different media in order to expand the concept of sculpture with interactive, social and temporal aspects. He is interested in what certain sculptural concepts, combined with certain social phenomena, can bring about. He addresses these social phenomena in a slightly cynical and absurd manner, by questioning seemingly mundane and banal things. In the series Drinking Sculptures (2010-2011) and the series One Minute Sculptures, the visitor is invited to become a part of the sculpture 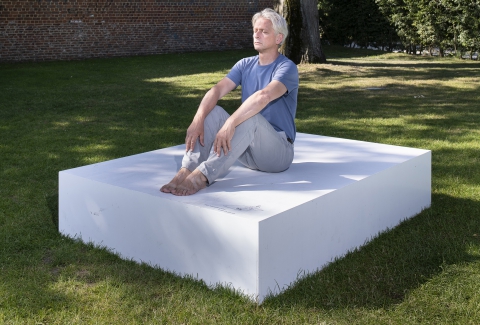 Sit straight, hold your breath and think of Spinoza 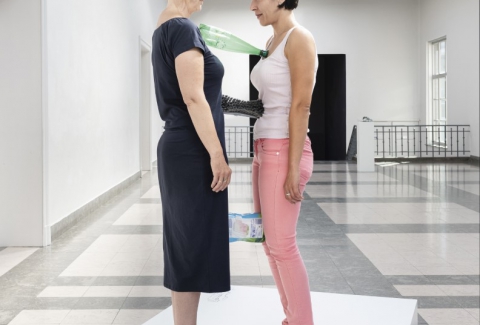 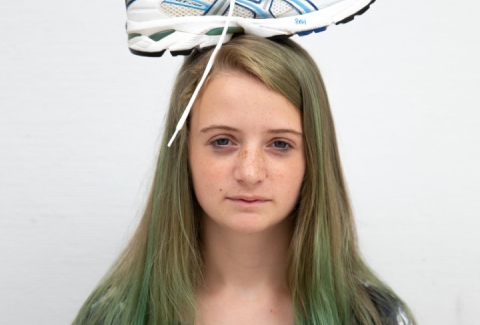 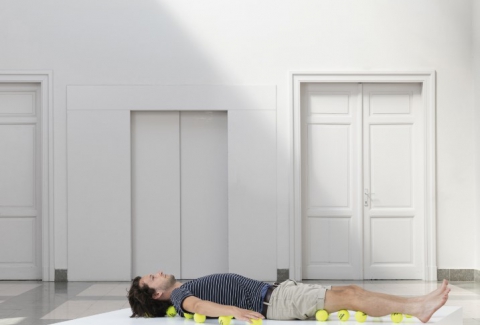