The surface of Joisten’s pinball machine is covered with opaque milk glass, giving the machine a phantom-like appearance. The players can hear the sounds the machine makes, but cannot watch the game. They are condemned to rely on what they hear in order to understand what is happening. The design of the machine of the popular Pinball game is paradoxically opposed to everyday actions. The artist attempts to seduce the viewer to ‘play’ with his artwork, instead of being a passive spectator. The visitor is confronted with the dilemma of whether to intellectually reflect on the object or try to understand it through physical contact. The work can be seen as a nod (‘clin d’œil’) to the cult musical Tommy (1975), based on The Who’s 1969 rock opera album. In the film, a young child named Tommy turns deaf and dumb after witnessing the murder of his father. The young child has seen what happened to his father, but is told that he did not see or hear anything and cannot talk about it to anyone. This traumatic experience has another strange result; he develops a special talent and becomes a pinball machine champion and a national hero. 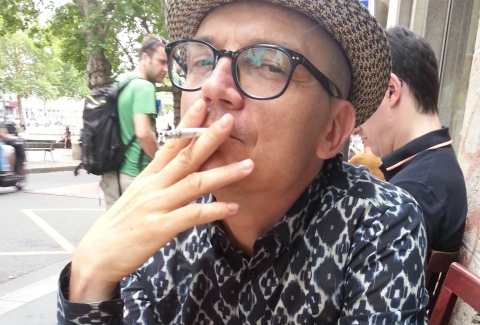