Adult Games deals with the issue of children who are often seen as potential terrorist guerrillas from a very early age. The protagonists in this weird, surrealist game are children wearing balaclavas. The way they act and play reflects their response to the situation of conflict and danger. The video functions as a metaphor. Erkan Özgen confronts the viewer with traumatic experiences and mental disturbances among the Kurdish population in South East Anatolia, as bitter consequences of the brutal civil war in the region during the last two decades. The artist explains: “The masked children in my work are the principal actors of the play. Their foreheads read ‘born to be a terrorist’. These are the Kurdish children with an imposed guerrilla identity, a state of mind that they are trying to assimilate.” 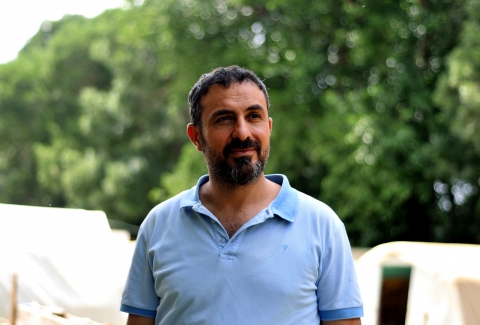