Paul McCarthy (°1945, Salt Lake City), is an American artist who lives and works in Los Angeles. He is perhaps best known for his psychologically disturbing, taboo-shattering performances. Since the 1970s, McCarthy has used his own body and an expanding cast of props to stage his own theatre universe, full of sex and brutal scenes. The artist is famous for his provocative ‘happenings’, which explore the sinister underside of American Society. Some of these happenings were realized in collaboration with his fellow artist Mike Kelley. The centre of his focus has often been the family: in certain performances he draws inspiration from children’s television and plays with traditional characters like Pinocchio or Heidi. This way, McCarthy examines how children are socially conditioned by their parents and by mass media. 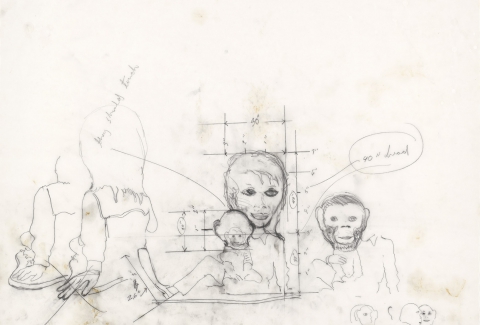 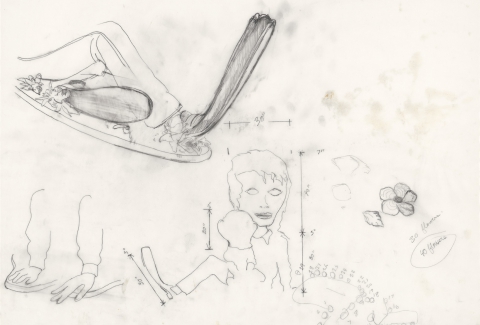